Are All ICOs Securities According to the SEC? A New Ruling May Answer That Question.

The Honorable Gonzalo Curiel reversed his ruling in the Blockvest ICO case. Though unexpected, industry analysts aren’t shocked by the decision.

The Original Blockvest ICO Ruling: This ICO Wasn’t A Security

Towards the end of 2018, Judge Gonzalo Curiel shocked the cryptocurrency community by denying the Securities and Exchange Commission a temporary restraining order against an ICO called Blockvest and its BLV tokens.

Blockvest’s Questionable Marketing Campaign: To promote its ICO, Blockvest claimed to be “licensed and regulated” and used the SEC’s logo without permission, which is technically a federal violation. The company also created its own regulatory agency called the “Blockchain Exchange Commission” and fashioned a logo near identical to the SEC’s. Pushing the fraud envelope, the business then linked the logo to the SEC’s website. The National Futures Association also slapped Blockvest with a cease-and-desist over errant claims.

SEC Requests Temporary Restraining Order: In its ongoing quest to crackdown on ICOs operating outside of legal lines, the SEC opened an investigation into Blockvest and ultimately charged the company with fraud and a host of registration infractions. Initially, the SEC requested a temporary restraining order to freeze Blockvest’s assets.

Judge Ruled in Favor of ICO: Surprising everyone, the presiding judge, Gonzalo Curiel, sided with the ICO, reasoning that the company’s investment opportunity didn’t pass the Howey test — a framework of four benchmarks that must be met for financial offerings to qualify as a security — so the commission’s prima facie argument wasn’t enough to secure a pre-trial injunction. In the decision, Curiel said that “no evidence is provided to support the test investors’ expectation of profits.” The anti-regulatory wing of the cryptocurrency community reveled in the win.

The Blockvest ICO Reversal: Yes, Your ICO Is Likely A Security Subject To SEC Regulations

Industry players welcomed the landmark decision as visions of a very lightly regulated marketplace danced in their heads. But the decision didn’t dismiss the SEC’s trial request, just the TRO.

In the end, the SEC presented copious evidence and proved to the judge’s satisfaction that Blockvest participants did have a profit expectation. So he reversed his ruling.

Judge Curiel reasoned: “The court concludes that the contents of defendants’ website, the white paper and social media posts concerning the ICO of the BLV tokens to the public at large constitute an ‘offer’ of ‘securities’ under the Securities Act.” He also resolved that the investor collective qualified as a common enterprise, thereby satisfying the Howey test. “Finally, as described on the website and white paper,” he wrote, “the investors in Blockvest would be ‘passive’ investors and the BLV tokens would generate ‘passive income.”

Was the Blockvest ICO Reversal the Right Call?

Admittedly, when the initial decision first dropped, we, as ICO lawyers, were encouraged with the judiciary’s ostensible amenability to lighten the regulatory load for initial coin offerings.

But we also knew it didn’t jibe with established SEC standards. Remember, it was SEC Chairman Clayton who said that “every ICO” he had “ever seen is a security.” “ICOs should be regulated like securities offerings, he once opined, “end of story.”

Connect With An ICO Law Firm

The Gordon Law Group works with ICOs of all sizes on compliance and litigation matters. An industry leading firm that’s successfully argued against government agencies, the firm has been involved in the blockchain and cryptocurrency community since its inception. A regular on the speaking circuit, managing partner, Andrew Gordon, is considered a go-to attorney for fintech issues. 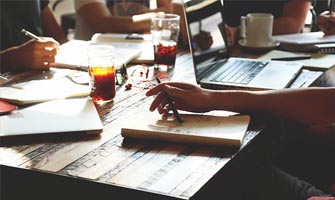 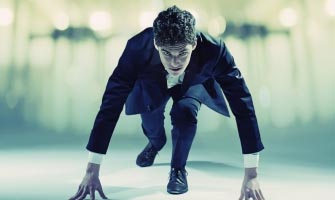