In addition to the $1.3 trillion spending bill, lawmakers unanimously gaveled the Clarifying Overseas Use of Data (“CLOUD Act”) into federal law books. Its ratification may impact cryptocurrency investors.

What Does The CLOUD Act Do?

Politicians and Big Online Businesses Are Happy About The Cloud Act

A supporter of the bill, Orrin Hatch, opined:

“The CLOUD Act bridges the divide that sometimes exists between law enforcement and the tech sector by giving law enforcement the tools it needs to access data throughout the world while at the same time creating a commonsense framework to encourage international cooperation to resolve conflicts of law.”

What do the big online players (Microsoft, Facebook, Google, Apple, Yahoo!) think of the new Internet law? They seem to be for it. In a joint statement, the big 5 enthused:

“The new Clarifying Lawful Overseas Use of Data (CLOUD) Act reflects a growing consensus in favor of protecting Internet users around the world and provides a logical solution for governing cross-border access to data. Introduction of this bipartisan legislation is an important step toward enhancing and protecting individual privacy rights, reducing international conflicts of law and keeping us all safer.”

Cryptocurrency investors, however, aren’t thrilled with the new law.

“The CLOUD Act passed. It destroys privacy globally, so it had to be snuck into the $1.3 trillion omnibus without debate. Encrypt. Encrypt. Encrypt. Go Dark. When privacy is criminalized, only criminals have privacy. We got sold out, again,” remonstrated industry author Andreas Antonopoulos.

The American Civil Liberties Union (ACLU) also isn’t a fan of the new legislation, noting, in particular, its infringement on Fourth Amendment rights.

Connect With A Cryptocurrency Lawyer

Are you a blockchain company or cryptocurrency investor worried about how the CLOUD Act could affect your business or personal investments? If so, give us a call. We’ll review the situation and lay out several options.

Gordon Law is a leading cryptocurrency law firm that handles all manners of situations and solves all manners or fintech problems. We know all the legal ins-and-outs of the token investment market. 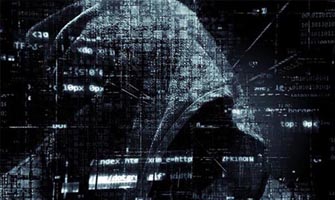 The new tax code is raising lots of questions, including: Should Bitcoin investors register as “tr [...]
READ MORE >