Between 2017 and 2018, Hong Kong was home to the highest number of ICOs. But due to the “token boom,” officials in the region are cracking down on fraudulent cryptocurrency business practices.

Hong Kong Authorities Are Cracking Down on Cryptocurrency Mining Fraud

Over the years, authorities in Hong Kong have implemented stringent regulatory standards. And now they’re examining the blockchain and cryptocurrency eco-systems carefully.

Currently, officials are talking with cryptocurrency exchanges and other foreign governing bodies in an attempt to craft laws and regulations that stop fraud but don’t hamstring the lucrative industry.

Cryptocurrency miners in Hong Kong need to be especially careful and pay close attention to the Trade Descriptions Ordinance (TDO). Not following the rules laid out for the class can lead to a half-million-dollar fine plus jail time.

Incorporating Your Cryptocurrency Startup Outside of the United States

We’re a stateside law firm that works with ICOs and blockchain businesses around the world. People often come to us with the aim of incorporating offshore, in places like Hong Kong, as they think they’ll get a more favorable tax rate. Let us assure you: In most instances, that is not the case. And with the new tax code, more often than not, businesses that move offshore are likely to be taxed more by the U.S. than those that stay put.

All of that said, in rare circumstances, moving offshore is the better option for some ICOs. If you’re contemplating possibilities and want to consult with an attorney well versed in the cryptocurrency and blockchain industries, get in touch today.

Connect with an ICO Attorney Today

The Gordon Law Group regularly works with startups and businesses on various cryptocurrency and blockchain legal issues. If you have questions, get in touch! The first consultation is on us. If we’re not the exact right fit, we won’t string you along, but instead point you in the direction of someone who is better suited to your situation.

Top 5 LLC Advantages for Your Business

You should consider forming an LLC if you want to save on taxes and gain added protection for your p [...]
READ MORE > 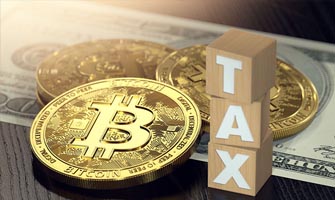 IRS Crypto-Related Revenue Ruling 2019-24: What You Need to Know in Plain English

Profits Interest: How LLC Owners Can Grant Employees a Piece of the Pie

The new tax code is raising lots of questions, including: Should Bitcoin investors register as “tr [...]
READ MORE >