A popular professional e-sports athlete is suing his organization over contract disagreements. Are the accusations fair? What does the lawsuit reveal about the current state of esports legalities? And lastly, what should players consider before signing with multi-channel networks, gaming collectives, and teams? Let’s dive in.

FaZe Clan’s Social Media Defense: The contract is being mischaracterized because the collective hasn’t siphoned an unreasonable amount of money from Tfue.

According to the suit, Tenney believes his FaZe Clan contract was draconian and exploitative because the agreement:

“Until now, FaZe Clan has enjoyed the fruits of this illegal business model with impunity because no one could or was willing to stand up to Faze Clan. Those days are over. Through this action, Tenney seeks to shift the balance of power to the gamers and content creators/streamers, those who are actually creating value and driving the industry. As a result of this action, others will hopefully take notice of what is going on and help to clean up esports.”

For its part, FaZe Clan insists it hasn’t acted rapaciously. In a social media post, Richard “Banks” Bengston, one of the organization’s popular players and Tfue’s recruiter, lamented his “shock and disappointment.” He also explained:

“We have only collected a total of $60,000 from our partnership, while Tfue has earned millions as a member of FaZe Clan. While contracts are different with each player, all of them — including Tfue’s — have a maximum of 20 percent to FaZe Clan in both tournament winnings as well as content revenue, with 80% to the player. In Turner’s case, neither of those have been collected by FaZe Clan.”

At this point, competing narratives make it difficult to understand the full scope of the contract and whose understanding of its contents is the most accurate. But it’s something we’ll certainly be keeping an eye on over the course of this case.

Tfue’s lawsuit has electrified the esports world. Everyone is talking about it, even mainstream outlets.

Legally speaking, the esports world is at a crossroads. It’s teetering between fringe and conventional sport. People are still figuring out how to establish a profitable, sustainable esports industry, and few regulations govern the space as of yet.

Some argue that lack of oversight has made room for a cesspool of greedy con-men who take advantage of the talent. But is the accusation fair?

What are Multi-Channel Networks in the Esports World?

Multi-channel networks (MCNs) are, in laymen’s terms, marketing collectives — gaming co-ops, if you will. A bunch of players are brought under one umbrella to maximize their exposure and thereby promotional clout. MCNs cross-promote their players and sell club apparel. To state it differently, MCNs could be described as administrative and marketing middle men.  Although e-sports players join “teams” and e-sports organizations, these organizations are, in many cases, MCNs.  As such, competition wins and social media popularity are often equally important.

In the Tfue v. FaZe Clan lawsuit, Tfue’s attorneys argue that Faze Clan, a professional e-sports organization, behaves like a talent agency that should abide by those rules. If the court agrees, the esports industry should brace for impact since a substantial chunk of the market is organized into teams and organizations that in many ways function like MCNs.

Five  Essential Things to Consider Before Signing on with an MCN

Multi-channel networks can do wonders for an esports athlete’s career. But before signing on the dotted line, it’s essential to understand the contract’s legalities. If you’re not thorough, you could wind up losing everything — just ask Anthony Padilla, a gamer who built up a following of 20 million and then was forced to hand over his channel for free. When asked about the incident, Padilla explained: “We didn’t understand. I don’t know if we were purposefully taken advantage of, but we were taken advantage of, and that’s my bad.”

What should professional esports players consider when negotiating contracts with MCNs and teams?

Let’s talk to see if we’re a good fit for your needs. 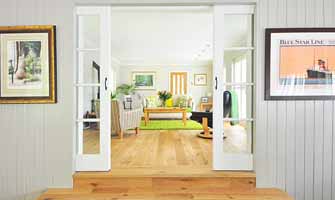 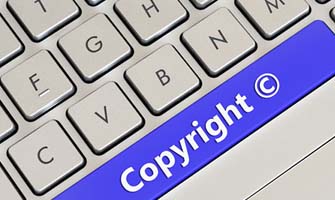 Online Intellectual Property Law: Can You Now Use Any Image Found Online?

Once again, advertising watchdogs are slamming Gwyneth Paltrow’s Goop. The regulatory rumble is a [...]
READ MORE >