Well, well, well — if reports prove accurate, it looks like Facebook may be absconding with some data before the GDPR hammer lands next month. It’s a bold move considering that Mark Zuckerberg recently spent several days administering mea culpas to federal lawmakers.

According to reports, Facebook is transferring profile data for 1.5 billion users from Ireland to Silicon Valley. Pundits suspect the shift is an effort to avoid parameters outlined in the General Data Protection Rule (GDPR), which goes into effect on May 25th.

You can read the GDPR details here, but the essentially the law puts users in the driver’s seat when it comes to digital data. Under the new law, companies must provide all the information they hold about users, free of charge and on demand. Moreover, companies must secure informed consent to collect and use data. Plus, they’re bound to stricter storage and breach notification standards.

When testifying on the Hill, Zuckerberg insinuated that Facebook would soon offer GDPR tools to users everywhere. But Reuters reports that the social network is allegedly moving profile information for users in Australia, South America, Africa, Asia, and Australia out of Ireland, which has led some people to speculate that Facebook is trying to sidestep regulatory changes.

Several experts seem dismayed with the ostensibly sudden migration. Micheal Veale, a researcher at University College London, lamented to VICE News, “The way [Facebook has] done it is astounding.”

We don’t want to give the impression that Facebook isn’t complying with the GDPR. It is. In fact, it already rolled out a host of new platform privacy policies. But the data transfer is noteworthy — and arguably a bit shady — when the timing is taken into consideration.

Moreover, according to some pundits, “the way Facebook has designed the steps users have to go through to give their consent means most users will end up sharing more and not less information with the company.”

So, what does all this mean in the grand scheme of things? The move likely won’t cause legal ripples in the United States, but Veale hypothesized that “it will encourage these countries to bring cases against Facebook in their own courts, which are very likely to conclude that Facebook has to obey local law in processing that data. We could be seeing a real change in the way the internet is governed.”

Connect With An Internet Law Attorney

Gordon Law Group is a full-service Internet law firm. We work with business, entrepreneurs, and individuals — across the country and around the world — on everything from contract drafting and negotiations to online marketing compliance and offshore tax registration.

For three years running, Super Lawyers has voted us a “rising star.”

We’re passionate about serving our clients and meeting their needs.

Let’s talk. Call today. The consultation is on us.

Amazon.com will work closely with law enforcement in the United States and around the world on anti- [...]
READ MORE >

Online Marketing Law: What Influencers and Marketers Need to Know

After a new Illinois law went into effect on January 1, 2020, which requires state residents to pay [...]
READ MORE >

It’s time to get your Illinois startup off the ground. So let’s look at five legal consideration [...]
READ MORE > 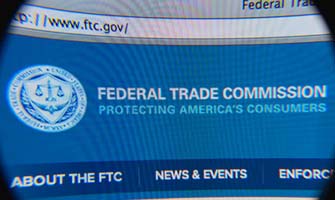 Is the University of Phoenix is a “scam school”? That’s what an FTC commissioner insinuate [...]
READ MORE >