Facebook’s legal tango with the FTC has come to an end, for now. After the 16-month investigation, they’ve reached a deal. Facebook agreed to fork over $5 billion, and the FTC decided not to lay any blame at Mark Zuckerberg’s feet.

As we mentioned several weeks back, Facebook was preparing itself for a $5 billion fine in  recompense for the Cambridge Analytica melee. This week, the FTC made it official.

The company and agency released a joint statement outlining their agreement. Ultimately, Facebook has to pay a $5 billion fine. The FTC, for its part, can pat itself on the back for securing a record-setting online privacy violation payout.

Many People Think Facebook Got off Way Too Easily

Five billion may sound like a lot, but for a company that raked in over $15 billion last quarter alone, it’s not.

Scores of people aren’t pleased with the outcome. Some folks feel the dollar amount should be much higher and punitive. Others are perturbed that authorities let Mark Zuckerberg escape accountability.

According to reports, at least two commissioners wanted to place the Facebook founder “under order” so he’d be held personally responsible for recidivist missteps down the road. Similarly, some FTC members supposedly wanted to include a section that pointed out all the times that Zuckerberg spoke or posted publicly about his company’s privacy commitments. In the end, both suggestions didn’t make it into the final settlement agreement.

Senator John Hawley is one of the most prominent critics and recently blasted the deal for “utterly [failing] to penalize Facebook in any effective way.”

The lingering question: Why didn’t the Federal Trade Commission go harder on Facebook? In short: The agency didn’t want to end up in trial. If it had, Facebook — which has considerably more legal resources than the federal government — would have buried the FTC in motions. Moreover, analysts believe that if the FTC had gone to trial, Facebook would have walked away with an even lighter fine.

The FTC’s decision to forgo an interview with Zuckerberg is atypical. However, Kohm downplayed the oversight, explaining: “We thought we had a very good picture of how Mr. Zuckerberg fit into this narrative.” He also reasoned: “If the trade-offs are obvious and you don’t take the trade-offs that best protect the American people, then you’re being irresponsible.” Kohm also maintained that insisting on a deposition would have “forced the case to court.”

Why Did Facebook Fight So Hard to Protect Zuckerberg Personally?

Facebook, especially Colin Stretch, the company’s general counsel, fought exceptionally hard to keep Mark Zuckerberg away from a deposition and, arguably, used him as a bargaining pawn. Jim Kohm explained to Business Insider that “the agency believed Facebook would rather face off in court than voluntarily allow Zuckerberg to be deposed.”

Why was Facebook hellbent on keeping Zuck out of it? Allegedly, the company feared that his statements could open the door for private lawsuits against the company and its CEO.

What Should Small Businesses Take Away From This High-Profile Case?

What should we take away from Facebook’s latest run-in with the Federal Trade Commission? Being an international conglomerate, Facebook’s dealings with the FTC aren’t indicative of the average experience. Regardless, there are a two points that small- and medium-sized businesses should garner from this case.

The Gordon Law Group regularly works with parties entangled with the Federal Trade Commission over everything from marketing violations to anti-competition matters. Our team has secured victories against the FTC and has built connections that often prove useful to our clients.

Get in touch today. Let’s discuss your situation and what we can do for you to ensure the best possible outcome. 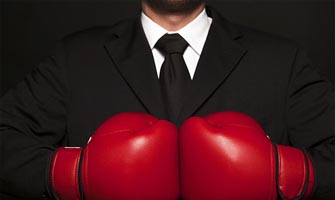 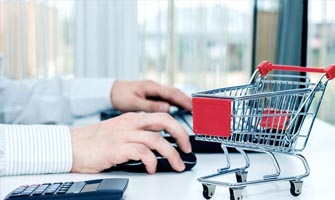