In Fyre’s calamitous wake, trustees are clawing back money that Billy McFarland and crew sunk into the failed festival. They’ve zeroed in on a handful of celebrities, including Kendall Jenner, Emily Ratajkowski, and a handful of performers.

It was supposed to be the most exclusive music festival ever, and promoter Billy Mcfarland raised over $16 million to pull it off. The plan: two weekends on a private island in the Bahamas, amidst luxury accommodations, mingling with top social media influencers, celebrities, models, and musical guests. Party goers — who paid between $1,200 and $100,000 to attend — were promised gourmet meals and world-class comfort.

Instead, FEMA tents, Kraft slices on soggy bread, and rain-soaked mattresses greeted the guests. All of this while feral dogs roamed the campground.

And Then Came the Lawsuits

To shorten a detailed story, on account of the failed fiesta, Fyre’s frontman, Billy McFarland, caught fraud charges and landed in prison. The festival’s operating company declared Chapter 7 bankruptcy in 2017 and is suing a handful of associated influencers to recoup some of the investment.

Who’s on the defendant block?

Kendall Jenner raked in a cool $275,000 for a single post, and Emily Ratajkowski cleared $300,000 for her social media promotional efforts. The Fyre trustees named both as defendants.

Notably, neither woman ever disclosed that Fyre compensated them for the posts, which is against FTC regulations. This detail will likely work against the two women.

The trustees are also honing in on performers who got money but never showed, including parties associated with Blink-182, Lil Yachty, Migos, Pusha T, and Tyga.

Connect with A Bankruptcy Lawyer

We’ll be keeping an eye on the Fyre lawsuits, so bookmark us and check back.

Did you land here while researching a bankruptcy issue? In need of an attorney’s help? Get in touch. With dignity and discretion, we support individuals and businesses through the bankruptcy process. Our team also works with clients on tax positioning and a host of business law issues. 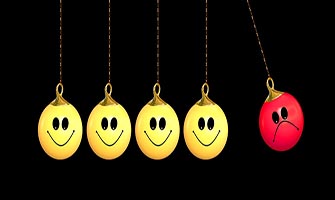