“Tokens represent a new kind of asset that shouldn’t be subject to the same rules as stock or bond offerings.” So affirmed Kik Interactive, a Canadian ICO, in response to the U.S. Securities and Exchange Commission. Industry analysts are watching the case closely as it could cement ICO legal precedent for years to come.

Kik and its token, Kin, was a breakout star of the 2017 ICO class. The cutting-edge startup raised US $98 million via its initial coin offering.

But the SEC came knocking. The stateside agency claimed Kik failed to register with U.S. authorities. And, as a result, deprived investors of accurate information, thereby violating financial marketing standards.

Ted Livingston, Kik’s CEO, explained to the Wall Street Journal, however, that fraud isn’t on the table. It’s merely a registration matter.

Kik’s Argument Against the SEC: Our Crypto Is A Currency

Kik maintains that American authorities have acted outside of their “statutory authority” and “stretched the definition of a ‘security.’” The cryptocurrency startup warns that legal action against its ICO would be akin to “doubling down on a deeply flawed regulatory and enforcement approach.”

The company further contends that it’s token, Kin, functions as a currency outside securities’ regulations since it can be used to buy things on various apps in Kik’s network.

Why Is The Kik ICO Case Important?

Yes, this is a crypto lawsuit to which the community should pay attention. If Kik prevails, it would slightly dull the SEC’s sword, make way for a little regulatory elbow room, and significantly change the playing field. As a crypto blogger pointed out:

“…this will be one of the most important legal cases to watch in crypto. The company is well funded, well connected, and you get the sense that they are fighting these potential charges as a way to say “enough is enough” for the entire industry.”

Connect With An ICO Lawyer

The Gordon Law Group works with blockchain and cryptocurrency businesses on everything from contract negotiations to SEC compliance, offshore incorporation to crypto tax positioning. Our managing attorney, Andrew Gordon, a fixture on the crypto speaking circuit, is a font of industry knowledge. Whether you have a quick question or need help with a complicated matter, give us a call today.

You may find tax debt relief through an IRS Offer in Compromise. But be sure to use a responsible OI [...]
READ MORE > 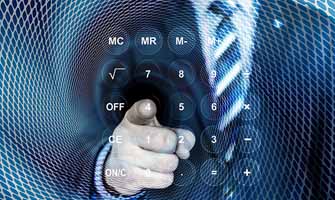 Cryptocurrency Tax Strategies: Realize Losses And Save On Taxes

Are you leveraging cryptocurrency holdings to offset tax obligations? According to a recent study, t [...]
READ MORE > 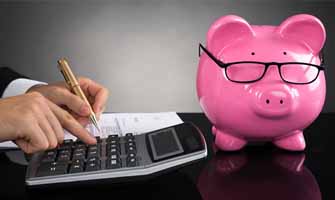 Move Here To Save Big On Crypto Taxes

How do some token traders compliantly shelter their gains from the taxman? A common way is to move s [...]
READ MORE >

Child Tax Credit Payments in 2021: Should You Opt Out of Advance Payments?

Should you take advantage of Advance Child Tax Credit payments, or should you opt out? We’ve recei [...]
READ MORE >