What must the government prove to establish my guilt? Beyond a reasonable doubt is the standard of proof that must be met to secure a criminal conviction in the United States.

The Burden of Proof: Beyond a Reasonable Doubt

To convict a taxpayer for evasion or fraud the government must prove that the accused’s actions surpassed simple negligence. The burden of proof rests solely with the government. It’s investigators duty to gather and present evidence that establishes their case. For tax cases, this means proving that deductions, statements, and supporting documents, such as receipts and canceled checks, were purposely filed with the intent of illegally reducing the defendant’s tax liability.

In criminal tax trials, the court presumes innocence on the part of defendants. It’s the prosecutors responsibility to build and present a case. In fact, the Fifth Amendment allows defendants to remain silent throughout a trial. The courts don’t even require defendants to present countering evidence. However, the government doesn’t extend this privilege partnerships or corporations.

Judges’ Instructions on “Beyond A Reasonable Doubt”

Judges instruct juries to consider all presented evidence when deliberating a criminal case. In the face of reasonable doubt, judges instruct jurist not to convict. However, judges walk fine lines when defining reasonable doubt to juries. In cases where the judge’s instructions go beyond the basic definition, appellate courts have overturned verdicts and the Supreme Court has ruled that doing so violates the Due Process Clause of the US Constitution.

Do You Need The Advice Of A Tax Lawyer?

Gordon Law Group regularly guides individuals and businesses through various tax controversy matters. We can help you negotiate offers in compromise to settle back taxes beyond your budget. We also represent people going through audits, and everything in between.

Let’s talk about how we can help sort out your tax problems while saving you money.

Do you sell items on eBay and receive payments via credit or debit cards? If your answer is yes, the [...]
READ MORE >

Kraken Forced to Send User Information to the IRS

The IRS is turning its sights on popular cryptocurrency exchange Kraken in its efforts to enforce ta [...]
READ MORE > Failing To Report Overseas Accounts Can Lead To Criminal Charges. These Are The Rules. Cannabis Companies and the Opportunity Zone Program: What’s the Deal? 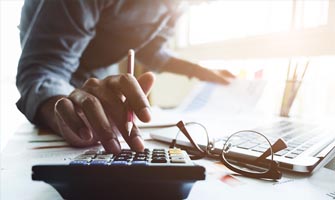