FATCA: Canada May Have Just Handed Over All Your Bank Info To Uncle Sam The IRS and Canadian Revenue Agency are teaming up. In fact, the later just sent the former identifying data on 1.6 million Canadian accounts.

FACTA: The Who, What, When, Where, Why

WHO: An acronym for the Foreign Account Tax Compliance Act, FACTA is a U.S. law that, among other things, requires foreign nations to disclose financial account information on people with United States “indicia.” That includes folks born in the United States who immigrated to Canada and are no longer obligated to remit stateside taxes.

WHAT: The law requires foreign banking institutions to fork over account information including (but not limited to) names, addresses, account numbers, balances, and income source markers. Notably, the Canadian Revenue Agency doesn’t notify account holders if their information lands in the data dump. However, taxpayers can request the information and CRA will confirm.

WHEN: Once a year.

WHERE: Failure to comply with the FACTA data dumb triggers crippling financial penalties and sanctions for signatory countries. To avoid the hassle, about 100 nations have negotiated compliance deals with the United States. Note: the U.S. reciprocates in nearly all cases.

WHY: Taxes and terrorism. Not only do countries want to reap their rightful due, but they want to monitor suspicious financial situations to catch criminal funding operations.

Canada Forked Over A Lot of Data and People Are Worried. Why?

A lot of people, on both sides of the border, aren’t jazzed about the arrangement. The lack of automatic notification, opponents argue, infringes on personal privacy rights. Moreover, dramatically increasing record transfers is also of concern to many consumer watchdog groups. In the program’s inaugural year, authorities shared 150,000 records. That figure skyrocketed to 1.6 million in 2018.

Some people see the increased data sharing as a red flag. Others insist it’s nothing to worry about; a mere product of the rollout calendar (now in its fifth year, more account types are required).

Whichever the case, the issue is wending its way through Canada’s legal system. Currently, a federal court in British Columbia is considering arguments debating whether or not the program violates sections Seven, Eight and Fifteen of Canada’s Charter of Rights. Cousin to the U.S. Bill of Rights, the foundational law affords protections for life, liberty, security, undue search and seizures, in addition to duel-citizenry discrimination.

We Help Americans and Canadians with Cross-Border Investments and Accounts

Our firm works with individuals and businesses, in Canada and the United States, on cross-border financial reporting issues. If you need assistance with a FACTA matter, get in touch. As longtime consultants in the field, we’ve built relationships and strategies that consistently prove invaluable to our clients. Self-employed people and freelancers are leaving money on the table by not maximizing allowable tax [...]
READ MORE > They did it! Despite shutdown difficulties, the IRS finalized and published the 20 percent pass-thro [...]
READ MORE > Time is running out to get your taxes done! But last minute is leagues better than late! If you’re [...]
READ MORE > 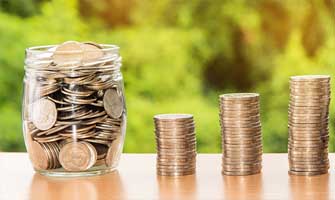 Do These Things Right Now to Save on 2019 Taxes

Whether a tax debt becomes public depends on whether the IRS has instituted collection procedures, s [...]
READ MORE > “Tokens represent a new kind of asset that shouldn’t be subject to the same rules as stock or bo [...]
READ MORE >