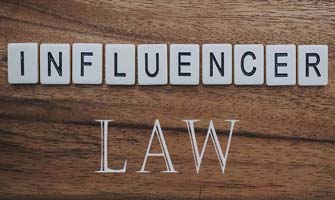 The Federal Trade Commission released a guide and instructive videos for online marketing influencers. We outline what you need to know in this post. TINA, a marketing watchdog group, sent a letter to the FTC complaining about YouTuber Ryan's Toy Review. Learn why and how to avoid the same fate. The majority of brands now work with social media influencers to promote products. But many of those companies aren't legally covering themselves. Truth in Advertising is on the hunt for social media influencers who aren't following FTC regulations. Jump in to learn about the sting and rules. Kidfluencer Law: What You Need To Know

Kidfluencers are the new supermodels! Click through for an overview of legal considerations for kidfluencers and social media influencers. Thinking of buying social media followers? Think again! State attorneys general are filing it under false advertising and cracking down on the practice. Sponcon: Does It Invite Legal Trouble?

Sponcon is on the rise, and it is hurting both brands and social media influencers. Jump in to learn about the issue and what to do about it. Social media marketing is big business, and authorities are cracking down on influencers who don't properly label paid and compensated posts. Can I Sue An Influencer For Under Performing?

Is it possible to sue a social media influencer, whom you've hired to promote a product, for under performing or not delivering new customers?